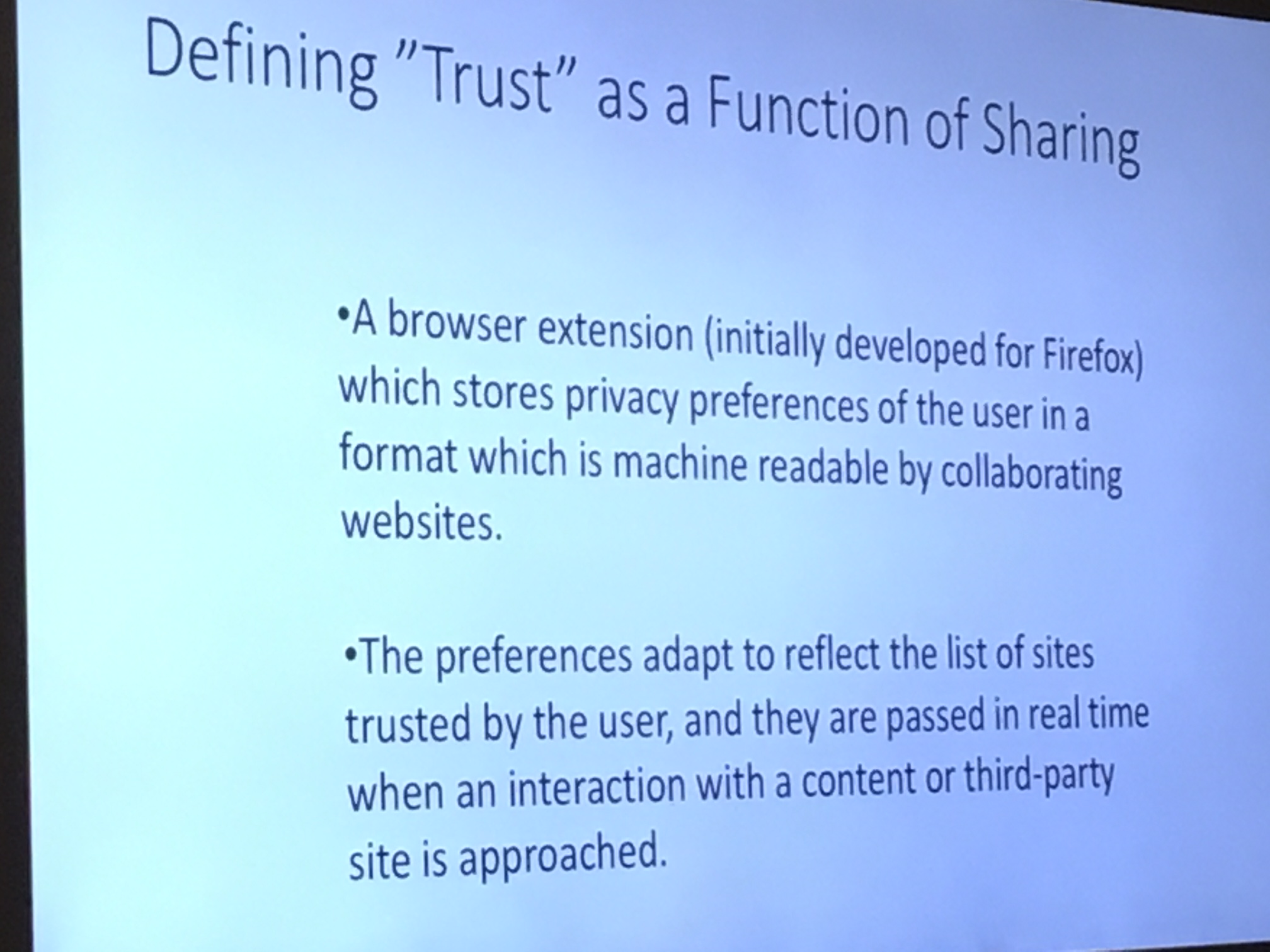 GCM: A method for users to indicate their level of trust in a given website

Global Consent Manager is focused on aligning the privacy interests of people with the public interest of promoting high quality, trustworthy information content on the web.  It’s a collaboration of the The Reynolds Journalism Institute,  the Information Trust Exchange Governing Association, Mozilla, The University of Nebraska-Omaha’s Open Source Lab and the University of Missouri-Columbia’s Social Computing Research Lab. 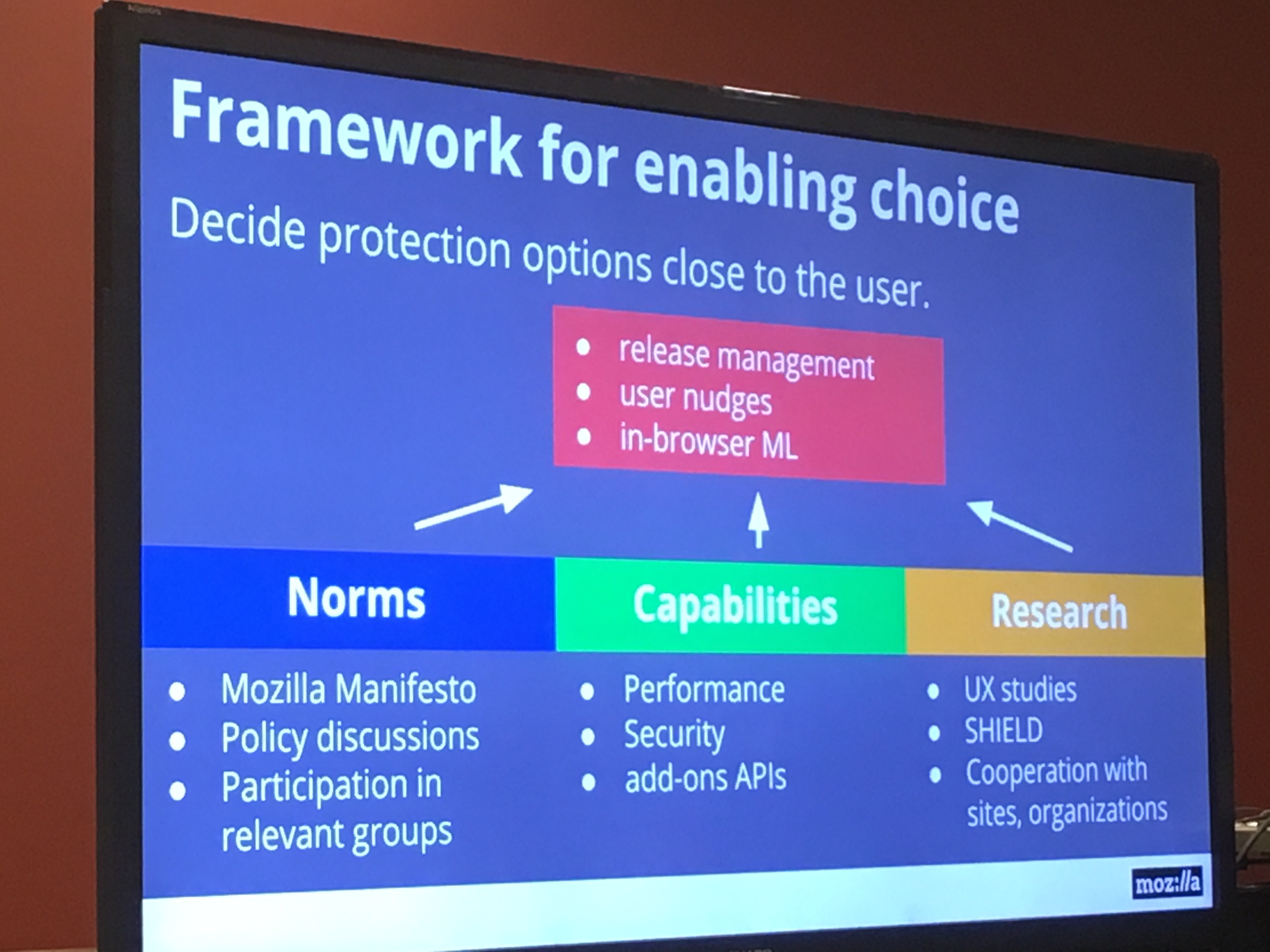 HOW MOZILLA’S FIREFOX BROWSER WILL BEGIN TO BLOCK  TRACKING
WHY MOZILLA IS PURSING A “BLOCKING BY DEFAULT” POLICY
By Bill Densmore
ITEGA Executive Director
All of us are thinking about the challenge of providing real “agency” to end users in the management of their privacy and identity.   That is a significant part of the mission of ITEGA.
As we spoke with Don Marti at Mozilla, and with the Donald W. Reynolds Journalism Institute at the University of Missouri, we realized there could be an opportunity for RJI, for researchers at Mizzou and the University of Nebraska Omaha, and the Information Trust Exchange Governing Association to take a leadership step in this area. Don introduced RJI to engineers and user researchers at Mizzou and the University of Nebraska to experiment with better ways to manage the confusing requests for “consent” to share user data.
The Global Consent Manager Platform project is the result of this collaboration, with Sean P. Goggins at Missouri and Matt Germonprez at Nebraska as lead researchers. The core implementation is a browser extension now being prototyped by the Missouri-Nebraska engineering team. It stores privacy preferences of the user in a format which is machine-readable by collaborating websites – or publishers – using an existing industry standard. The preferences, expressed in a special format called a “consent string” are passed in real time when an interaction with a content- or ad-serving site is begun.

The extension is open source and uses the WebExtensions API, making it portable to Firefox, Google Chrome, and other browsers. And the project is not just building the software, but also conducting in-person research with real users, to measure how well our new approach to consent management performs in two ways: first, making the experience less confusing for users, and second, more accurately reflecting the user’s preferences on how their data is shared among
sites.
Goggins, at Missouri, thinks that if reputable publishers choose to support an open-standard consent management platform, it could reduce the need for ad-tech services that drop multiple tracking cookies on user’s broswers and then opaquely try to match users across platforms. Instead, he thinks the GCMP approach would allow the end user to manage and offer interest and demographic attributes in real time to sites they trust.
“There is a business model for these trusted publishers to take over how they manage their user data stream, opt out of the whole click-fraud problem space and find a way to monetize what they do in a different way,” says Goggins.  “If you also have a kind of an understanding among end users that they’re only going to trust certain sites with their data, that is something that should be monetizable.”

Goggins thinks one way to promote such an understanding by users and participation by publishers is to encourage a common registration approach by websites where a single cookie is used to invoke the Global Consent Manager Protocol across all participating sites. “That’s an opportunity for ITEGA,” says Goggins. “There is a real alignment between the interests of publishers and individuals to protect their safety and privacy.” Without a publisher-friendly consent-management platform, privacy experts worry that everyone will be able to snag content in places that allow for user-data leakage — away from legit publishers and toward ad fraud.  Elements of the idea, now being prototyped by the Missouri-Nebraska engineering team, include:

“Consent management can be confusing and time-consuming,” says Marti. “It’s important for browsers to test new approaches to consent management that work in the interests of legitimate publishers. Unless we have a publisher-friendly consent-management platform, users risk having their data leaked to companies they’ve never heard of, and legit publishers will continue to bear the costs of ad fraud.” 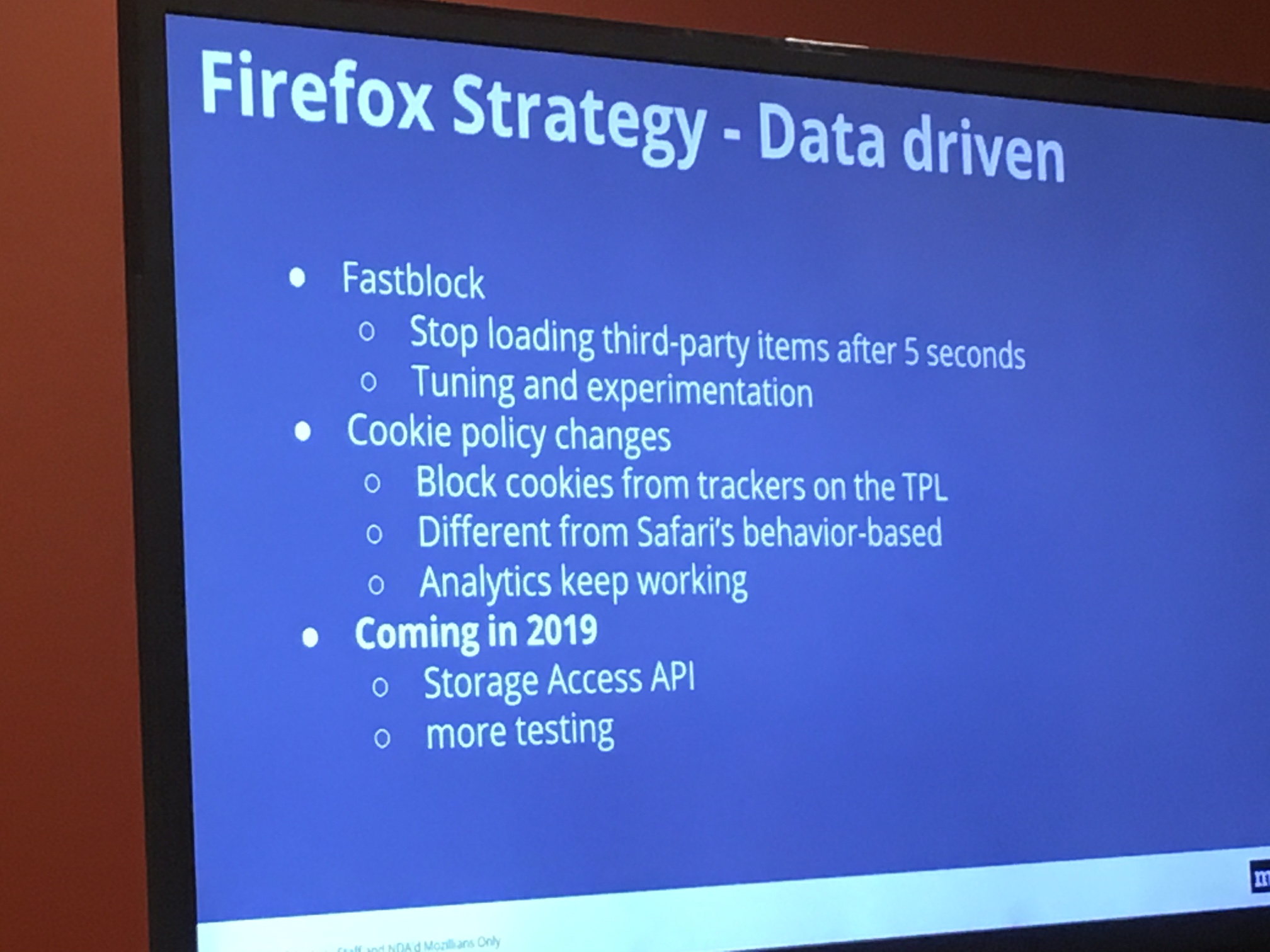